For the series of photographs Anatomy of the Bow, the artist approaches passers biers in the urban space in Seoul, with a proposal to engage in a short performative action which she photographs. She explains to the couples that the action’s objective is to assess the traditional roles of women and men and show their interrelation.

question the traditional roles and ways power is distributed and perceived within society.

It critically approaches to the position of women and its ambiguity: it on one hand it emphasizes the equality and strength of women, but in the same time speaks about their submissiveness and undervalued position. Anatomy of the Bow dissects traditional relationships, thereby instantly provoking the existing hierarchies. 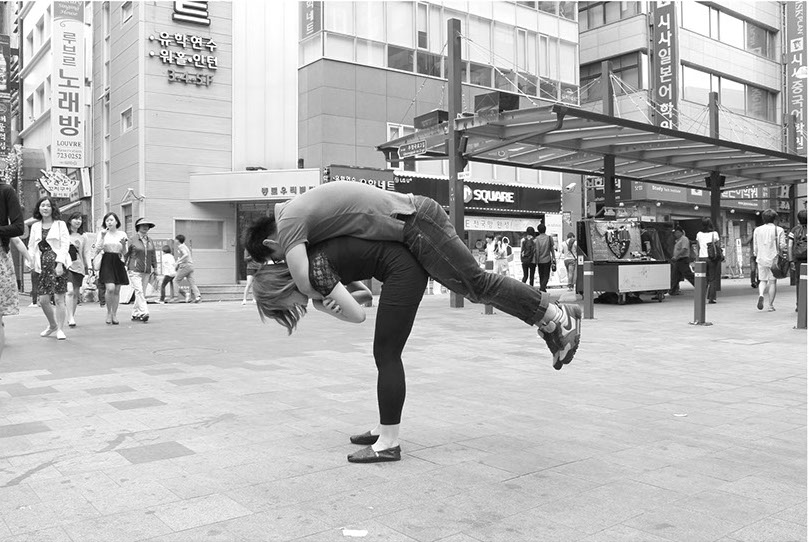 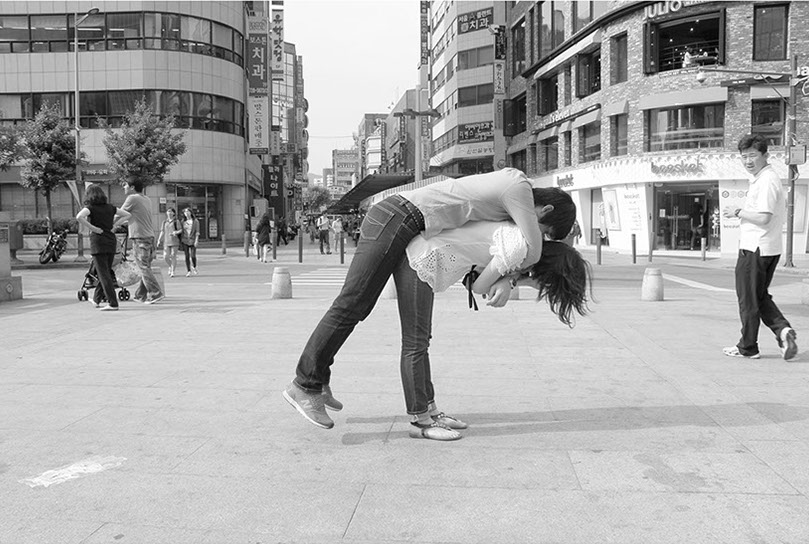