Concert for a Sewing Machine and a Tree 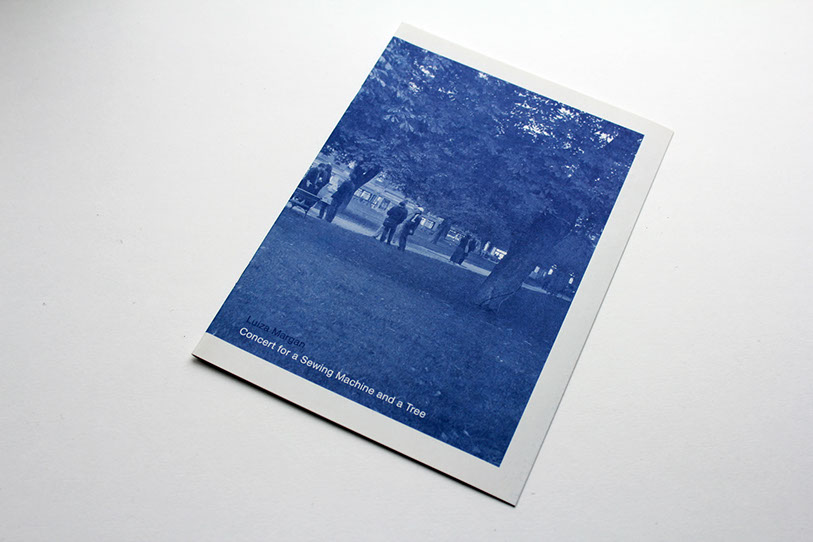 The sound installation has its roots in the recent bankruptcy of the Kamensko textile factory and the events that followed, like the hunger protest of its workers. The plan of re-purposing the land plot of the factory into a shopping area marks the onset of gentrification in that part of the city, whereby several questions should be raised: Who defines public space and for whom? What role could the citizens have?

Concert for a Sewing Machine and a Tree is a composition of sounds from manual and machine work, recoded in one of the still existing textile factories in Zagreb.

Edited as an abstract musical score, with interchange of irregular rhythms and sounds from real time and space (factory machines as well as manual labour).

The sound installation is played through speakers mounted into four tree-crowns in the park in front of the factory, creating a spatial illusion of sound.

The composition was played 3 times in the day, to mark 3 work shifts of the workers. 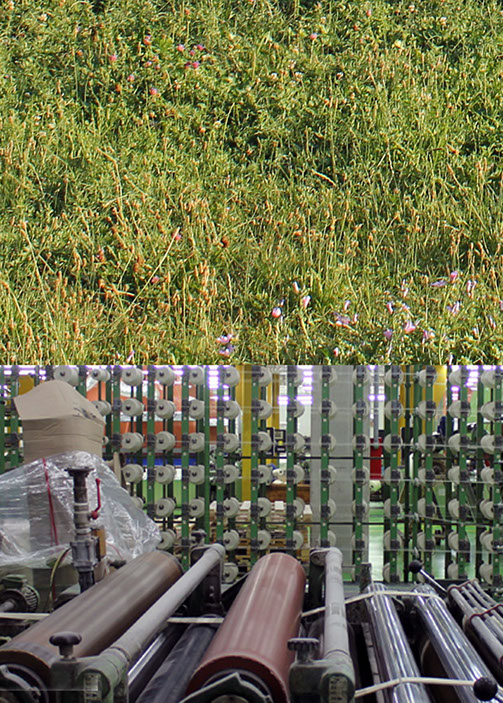 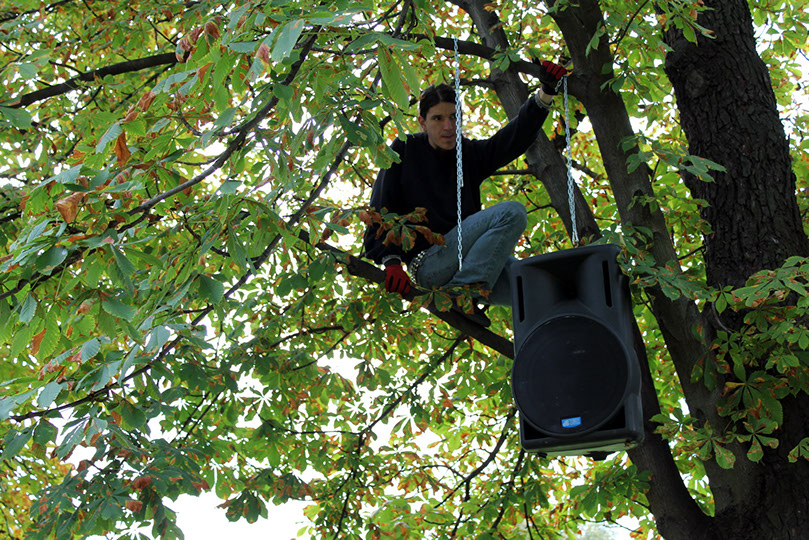 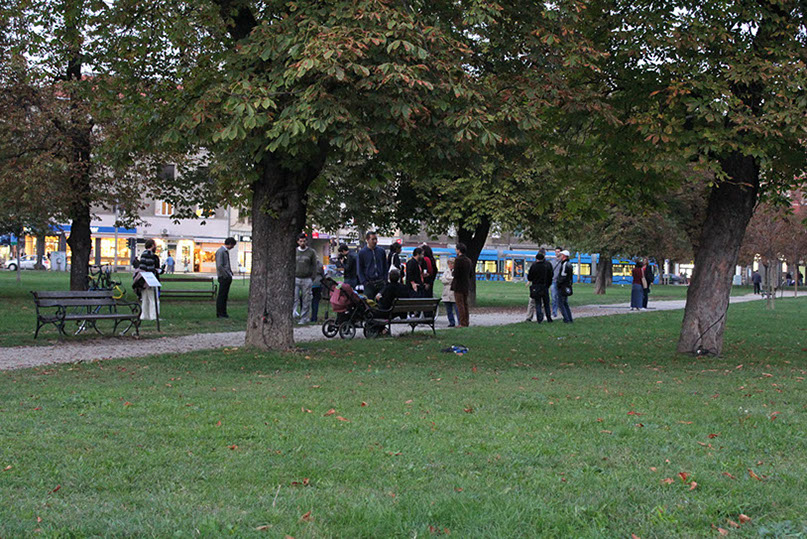 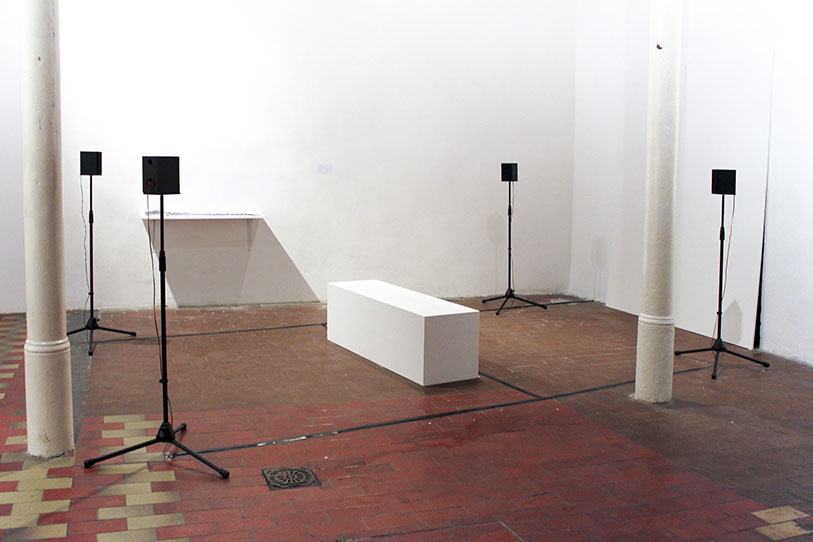