Eye to Eye with Freedom 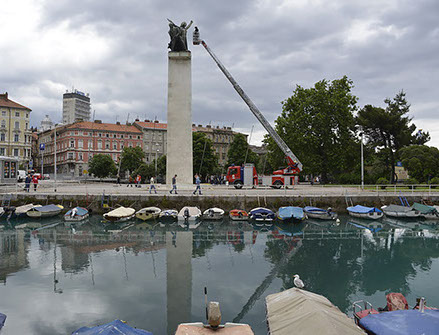 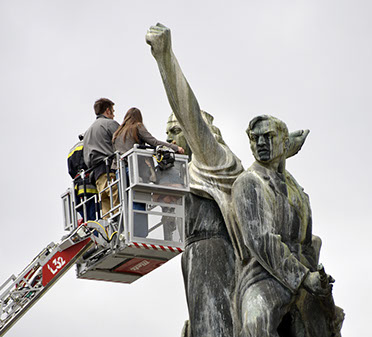 The public action ‘Eye to Eye with Freedom’ (2 days in May 2014), enabled the citizens of Rijeka to experience the highest monument in the city from a new perspective, by elevating them up to the top of the 21m high “Monument of Liberation”. It was erected in 1955 to mark the 10 years anniversary of the liberation of the city from the fascist occupation.

On the top of the "T"-shaped pillar ("T" standing for Tito), stand 3 bronze partisans, two of whom represent antifascist fighters carrying guns, while t, the woman, represents the 'allegory of freedom’ (in the words of the sculptor of the monument, Vinko Matkovic).

The citizens were invited to encounter the female partisan from up close, and to stand eye to eye with - Freedom. It was as well an act of appreciation of all the unacknowledged women fighters and activists within the liberation movement. The action of reversing perspectives implied breaking the power relations between the citizens and the (representations of) political ideologies, while simultaneously posing the question about the value of freedom, and our role to sustain it as citizens, today, many decades later. 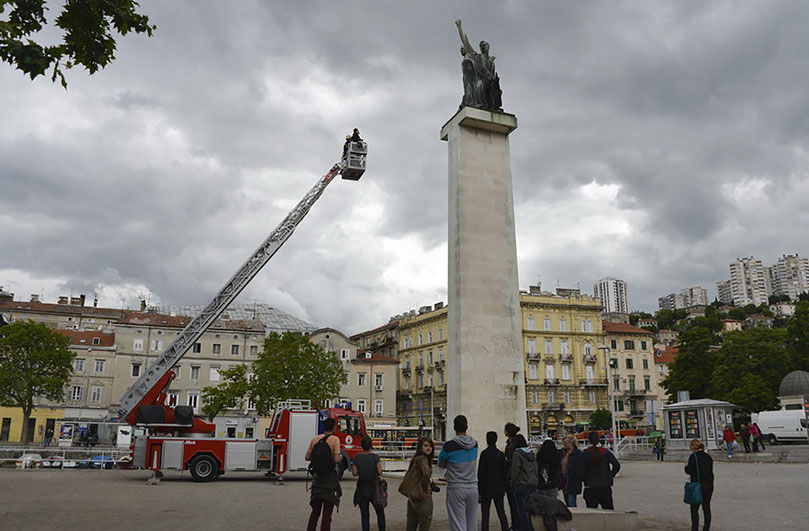 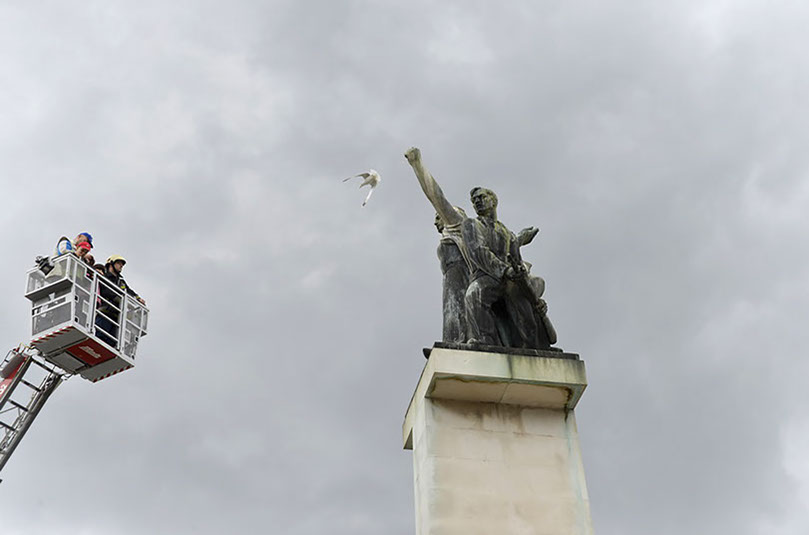 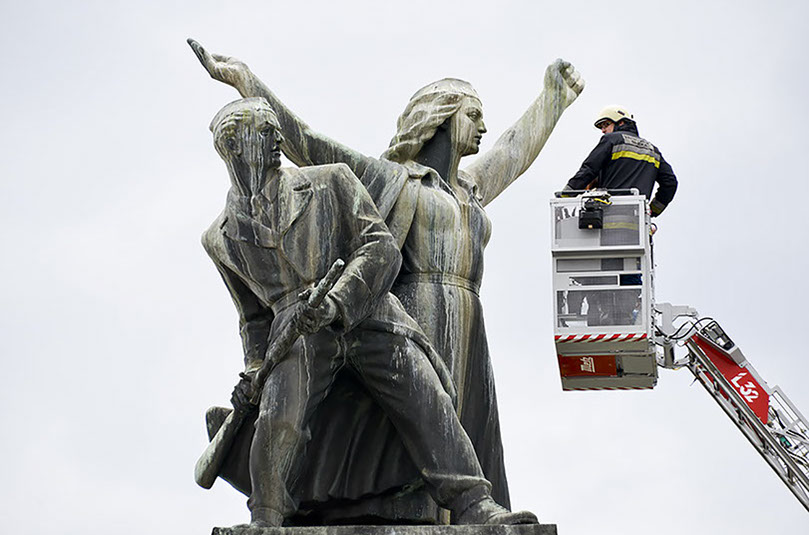 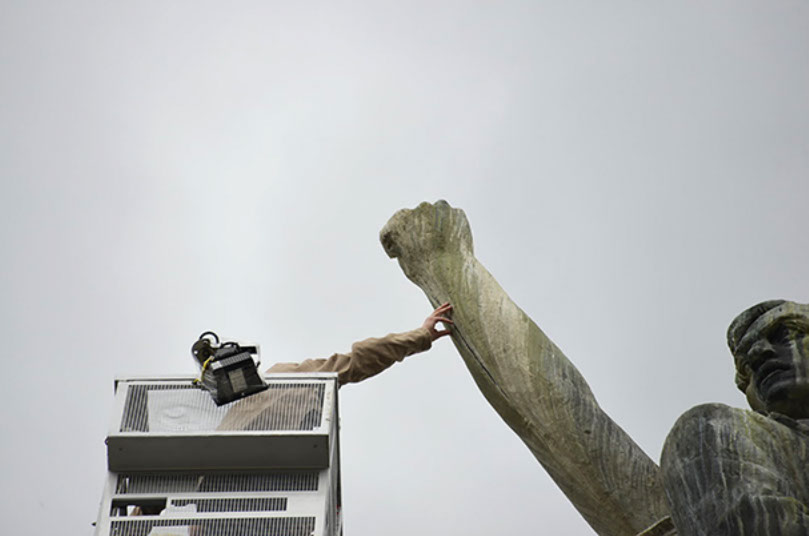 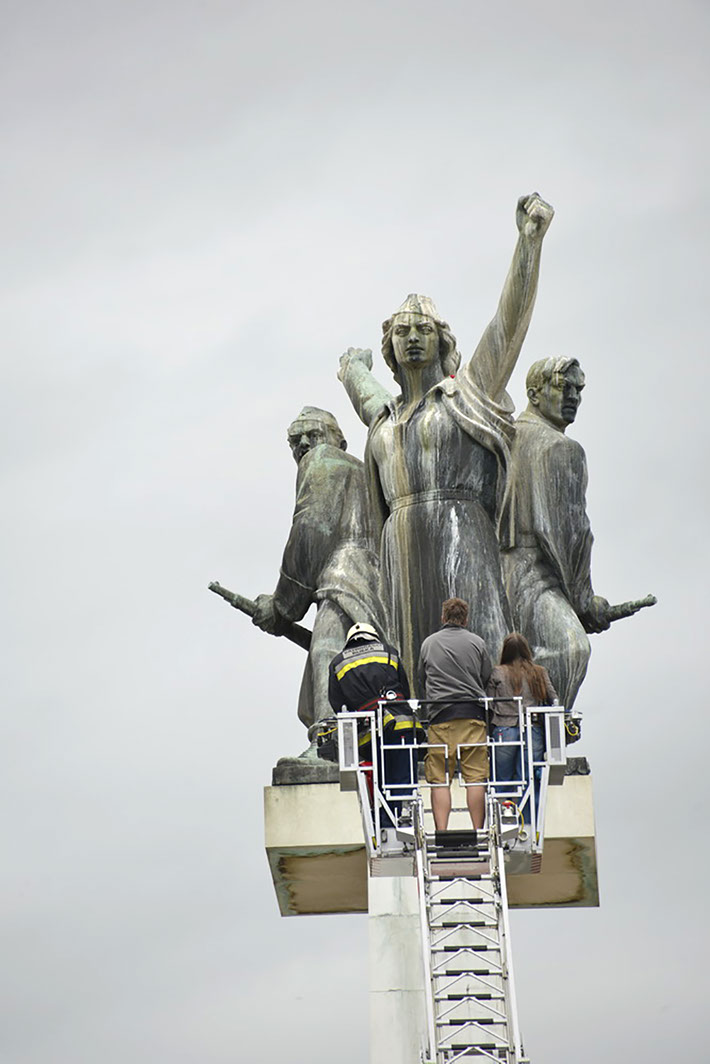 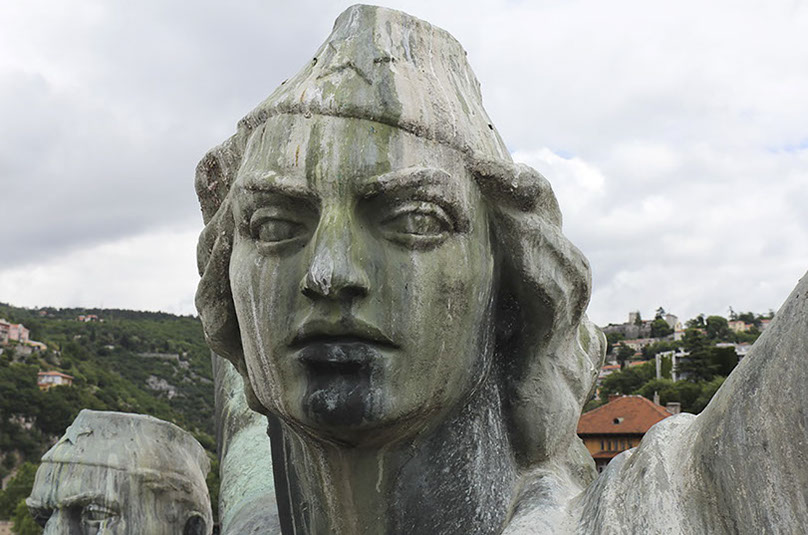 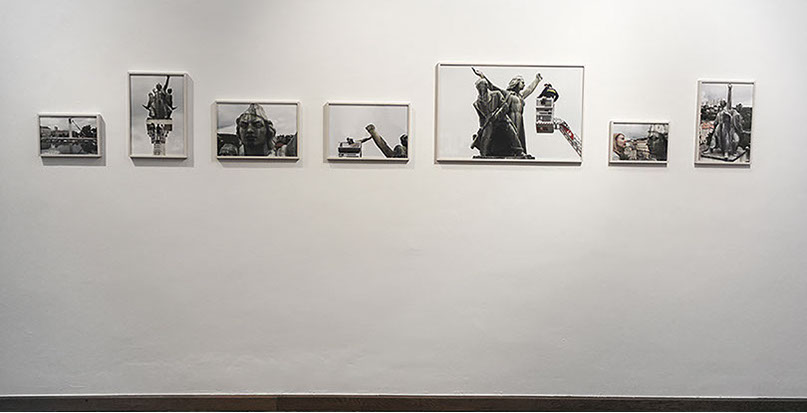