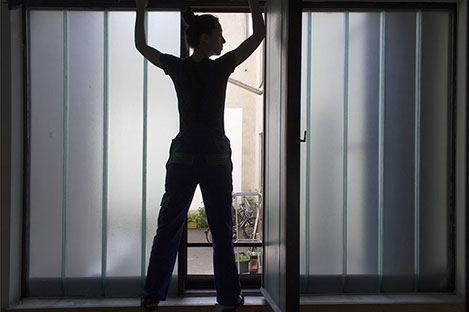 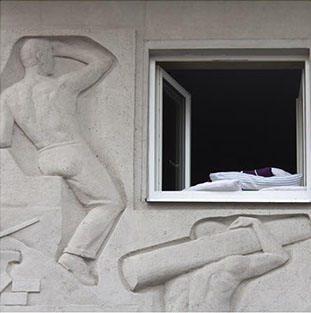 In this ‘performative’ photo-series, two different narratives and histories of public space and work are juxtaposed. Assembled by four couples of color photographs, the work explores 2 different but corresponding architectural details of buildings in Vienna, which, each in its own way, relate to labor and representation of work. Windows are used as ‘screens’ through which these narratives unfold.

In the first series we see the façade of a building emblazoned by socialist reliefs, glorifying the worker’s bodies and their contribution to society through manual labor. The open windows of the façade, on the other hand, enable glimpses into the private sphere of the people living inside, exposing other aspects of work – that of domestic labor, rest and personal care (in details like the towel drying on the window frame, pillows airing on the window-shelf, a bouquet of flowers and clothes-drying rack in the room inside).

The second series focuses on another nearby building in an old workers neighbourhood – the old Leica manufacture which today houses artist’s studios. In these photos, we see large industrial windows from inside the building, where the artist, Luiza Margan, performs a series of movements standing on the window-shelves of the 4 floors of the building. Her body is juxtaposed with the architecture inside and outside the building, using the windows as ‘props’.

The actions resemble the representations of workers on the reliefs, although softened in their shadow-theatre aesthetic, in a visual poem about the invisible aspects of artistic labour and the precarity of culture work. 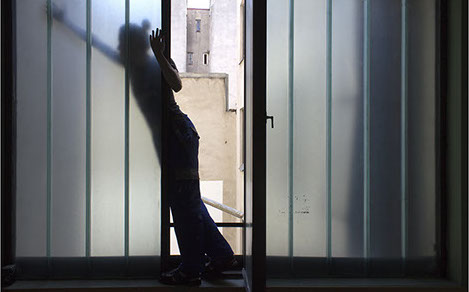 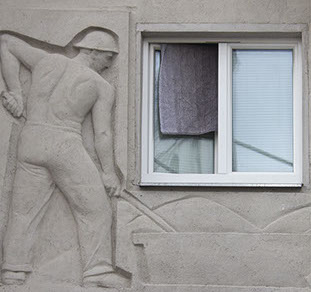 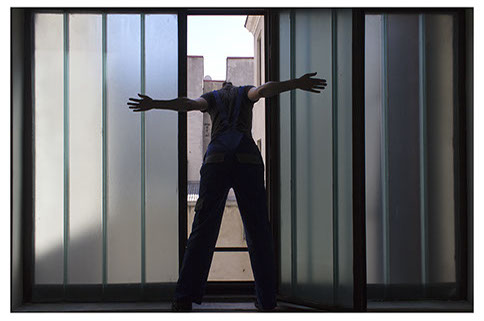 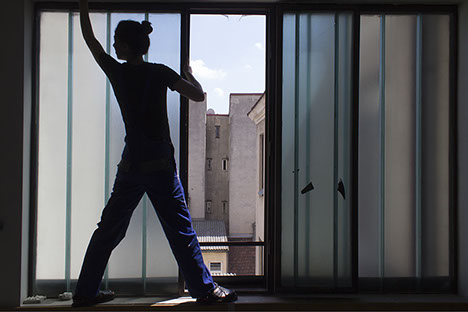 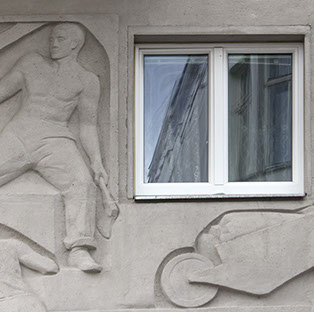 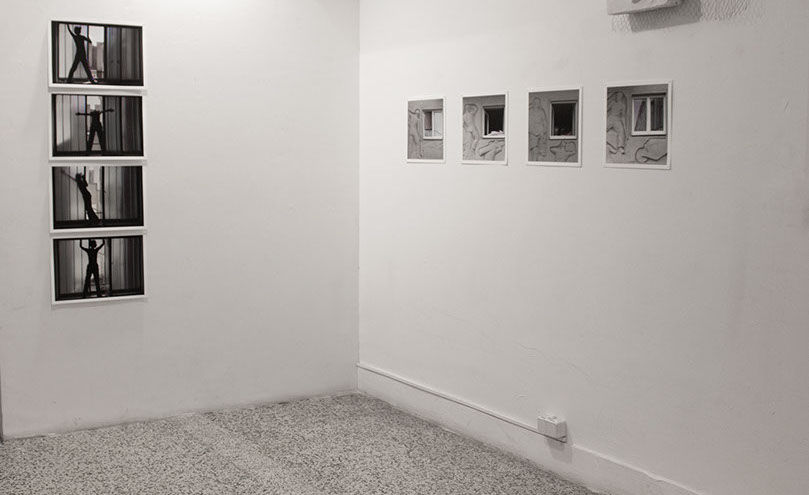