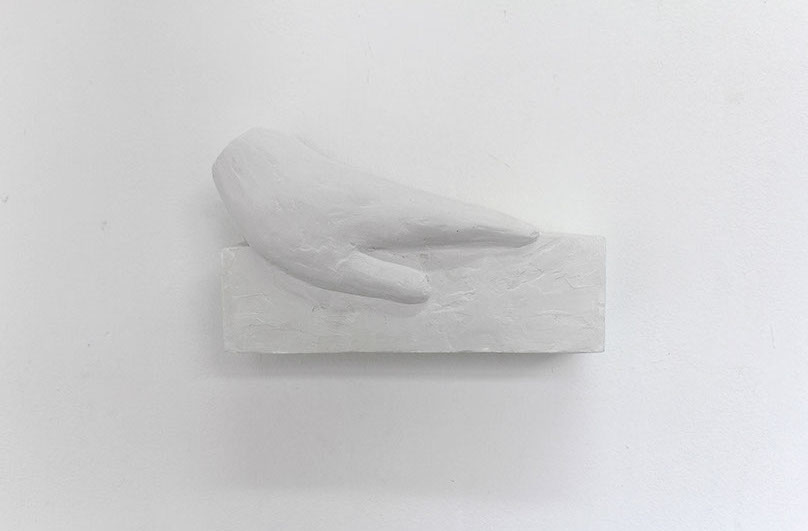 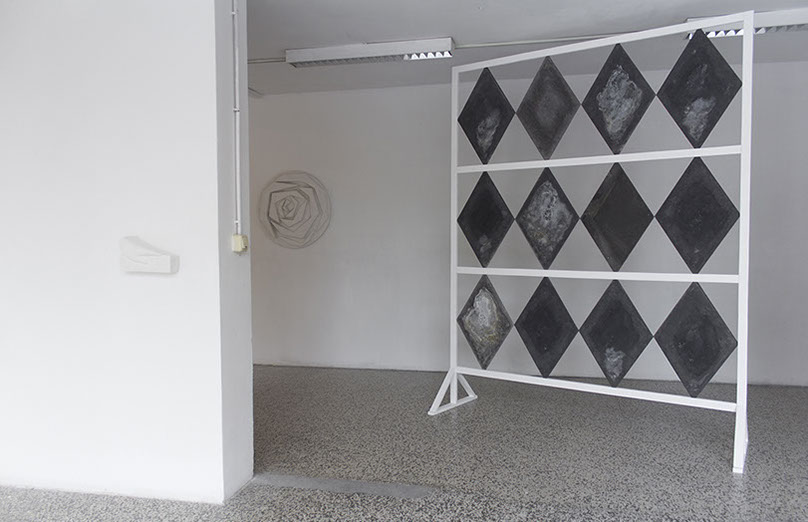 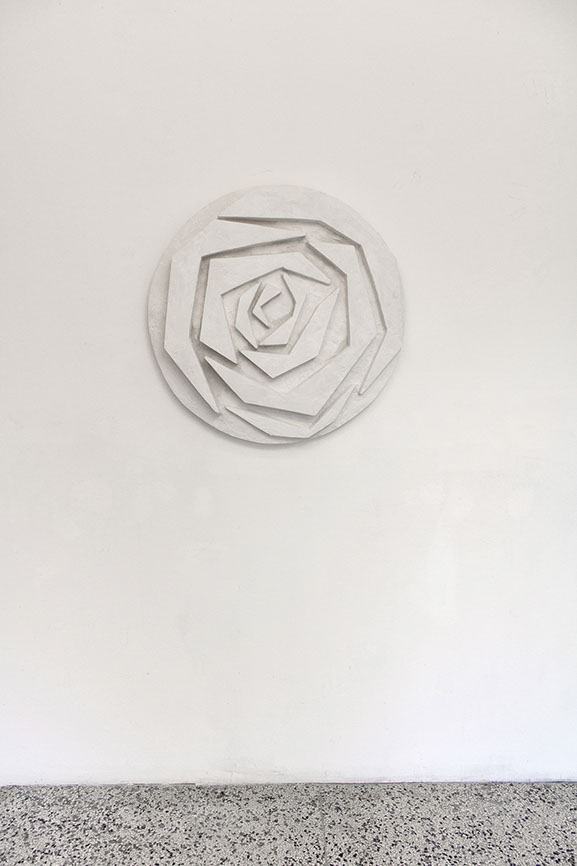 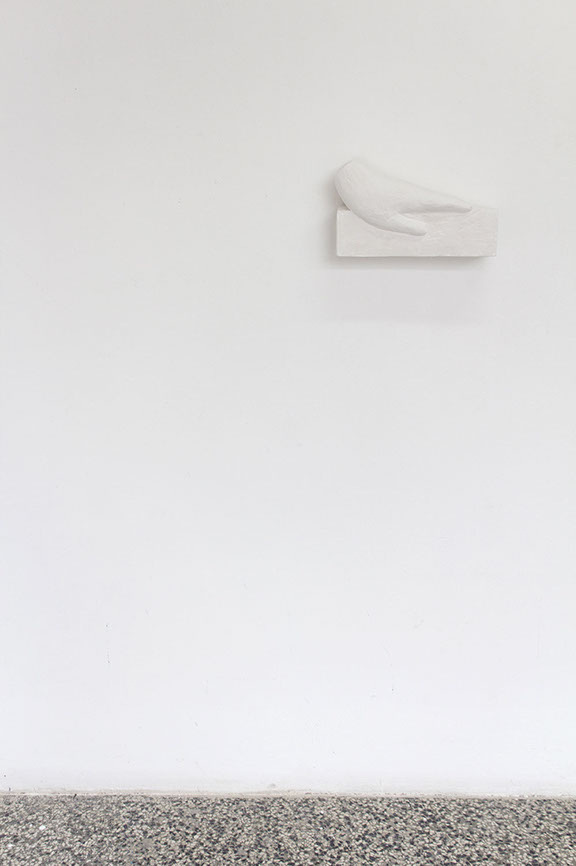 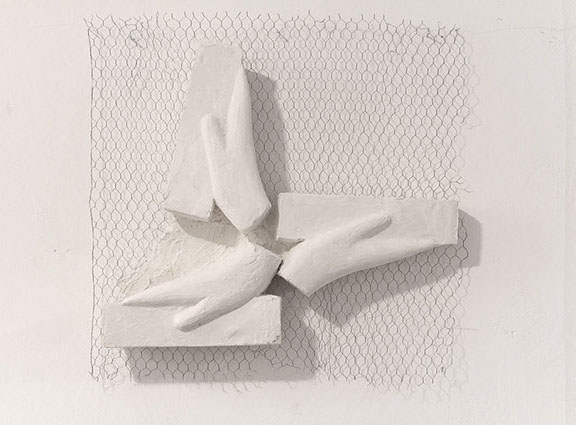 Paravane is made out of hazardous roof top plates, similar to the ones on the rooftop of the building in which the city's most peripheral gallery, Galeria AZ, as well as many artists studios are situated.

Even though their use is forbidden in most of Europe, the asbestos plates are still part of many architectural structures that have marked the public construction through the 70ies.

The singular plates are 'contained' and connected with wooden structures, creating an abstract geometrical patter.

By creating a spatial division and directing the more careful physical movement of visitors through the space, the object points to the economic fragility and social reality of the cultural institutions and art workers in Croatia. 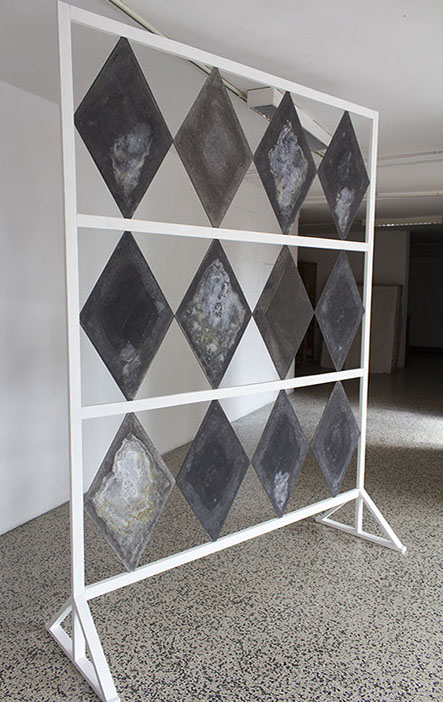 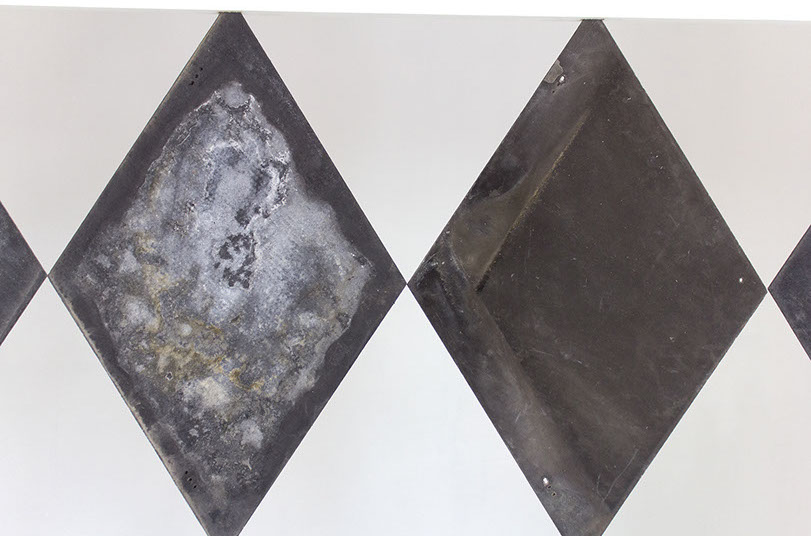